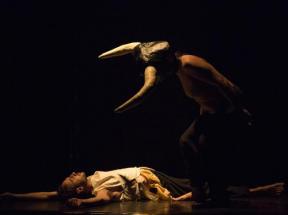 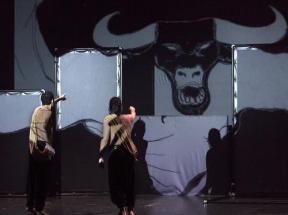 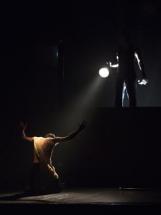 The Labyrinth is Minotaur’s home. Minotaur is a monster.
He is locked and prisoner and knows just the fright who feel everybody about him. He can be just what everybody aspect form him: a monster. To everybody, in all stories, a monster is something wrong. It’s something different.

Teseo is a guy who wants to become a hero and knows that it’s possible to become a hero defeating a monster.
So, he decides to defeat “the different”, going into the labyrinth with other Athenian boys and girls.

The show tells a big adventure about feeling monsters or heroes, about need of comparing for trying to know and grow up, not to remain a prisoner of prejudices and stereotypes.