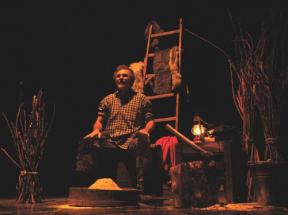 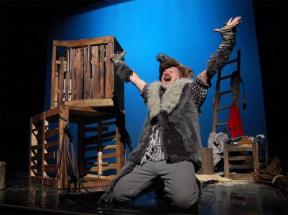 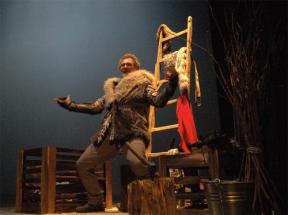 IL RICHIAMO DELLA FORESTA / THE CALL OF THE WILD

We look for ourselves... imagining the life we’d like to find... to be who we are... and unlock our personal legend.
Our life is made up of other lives that keep entwining with our own.

The show is inspired by Jack London’s novel, where the story of a dog is taken as the starting point to explore the human condition; in particular, that of young people.
Buck’s six lives and his development as an animal guide the show’s narrative, highlighting the change that takes place within him, and that is part of our lives.
A change that is necessary to achieve awareness of our self.

"The Call of the Wild" is a story of a great adventure.
A hymn to love, nature and freedom, and as great books always do, it can tell us so much about mankind.