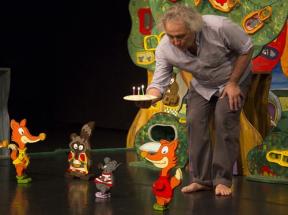 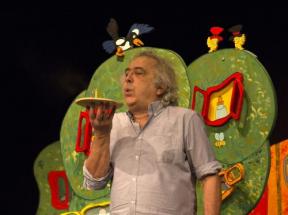 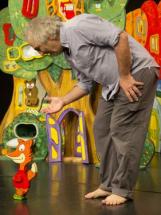 Rocco, the little fox, is turning 3, but when his friends ask him ‘How old are you turning?’ he answers decisively ‘30!!’.
‘I want a birthday pizza!’ Rocco says to his brothers, and they start preparing it. Suddenly, however, the pizza disappears. Who stole it? Uber the mouse? André the pheasant? Olaf the beaver? All the Advent Wood is searching for the stolen pizza: a mysterious place, for a mysterious theft.

During season 2015-2016, the project ‘Theatre and the crèches’ is turning 30, like Rocco. This extraordinary human and artistic experience, promoted by La Baracca and the Municipality of Bologna, has led us to meet, year after year, many little children: 30!! is dedicated to all of them!