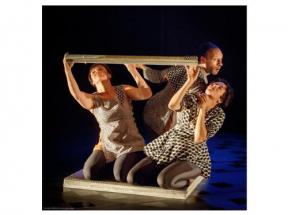 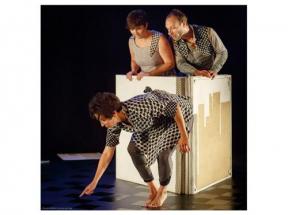 Step-by-step, cautiously, flying from the nest, leaving home, venturing out, moving beyond the limits, crossing the borders, casting off gently and softly.

On stage there is just a cube box, sometimes it’s an island, sometimes it’s a maze: boundaries move in the space, every time redesigned, the frame opens out, revealing new spaces to explore.

"Un tout petit peu plus loin / A little bit further" is an interdisciplinary creation by the Collective H2Oz.

It is a musical show, without words, enhancing movement theatre, a virtually dance performance for a wide audience from age two and a half.