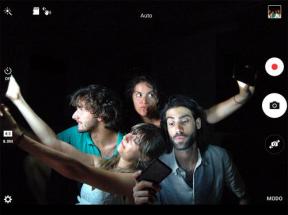 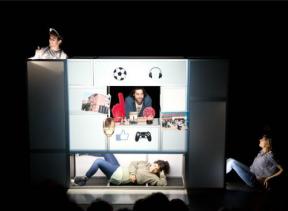 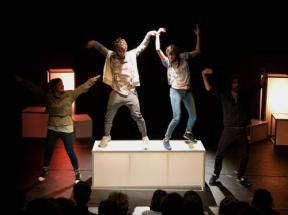 The Internet is a virtual embrace connecting and interfacing anyone in the world.
An embrace that can become very tight if you cannot escape it.

The four protagonists of the story cannot take their eyes off their smartphones and tablets. Any relationship now goes through an interface.

Their bodies are changing, driven by the ways in which they use their devices.

With sharp irony, the show deals with the topic of the virtual world, exploring how it imposes its rules and influences its users.
Identity is also analysed: not the one of our virtual profile, but the real one, full of dreams and drives that cannot be silenced with a click.