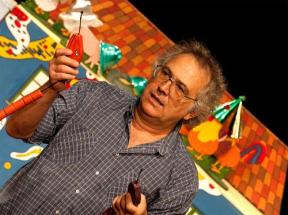 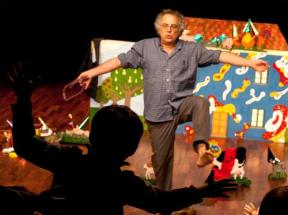 Coloured Wall was the name of a farmhouse full of animals.
Coloured Wall was a nice, quiet place. Every morning, everybody got up, had breakfast and washed their teeth.
Then the grown-ups went to work and the little ones went to the kindergarten.

But one day, the cow heard something hiss. She turned and saw a huge snake: he was slithering in the grass, and was getting dangerously close to Coloured Wall.
The animals of Coloured Wall knew you can’t trust snakes.

They could see danger coming their way. No one loved snakes, so all the animals got ready to defend Coloured Wall...