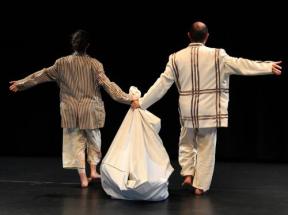 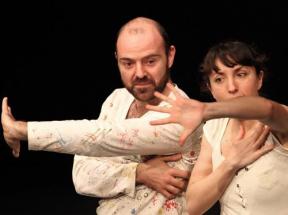 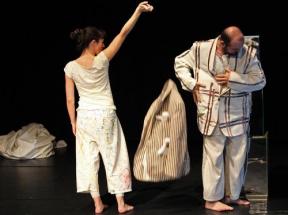 English presentation "One to one"

UNO A UNO / ONE TO ONEA show for two

Me. Small me, big me.
You. Small you, big you.
One in front of the other.
Me and you. Mine and yours.
My space, your space.
My town and your town...
The town is a metaphor of an existential space constantly being constructed.
From zero to three years of age, we start to build our existential space, our surroundings. It is a delicate and complex process that cannot be completed if there is no respect.

The show is a co-production between JES - Junges Ensemble Stuttgart and La Baracca-Testoni Ragazzi, in the framework of the project “You never find the right word”, supported by “Wanderlust”, the fund granted by the German Federal Cultural Foundation.
“One by one” is a show created by two pairs of actors; a German one and an Italian one.