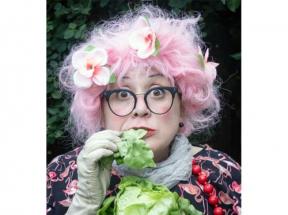 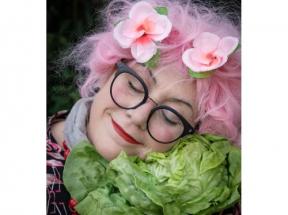 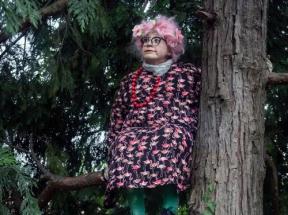 A temporary bus stop.
Mrs. Ida arrives with her load of bags and waits for the bus.

But the bus doesn’t come and the night comes instead.
Ida wraps herself up in a cocoon of blankets and prepares to sleep.

She is a little afraid. Nothing ends, everything transforms, Gigi tells her.

So, in the morning, it will be a new day.

Is she winter ready for spring to come?
Is she the elderly lady waiting for the longest night to end?
Is she the girl who parts ways with her teddy bear and grows up?
Is she the caterpillar who becomes a crysalis and then turns into a butterfly?

Ida is all these things at once.