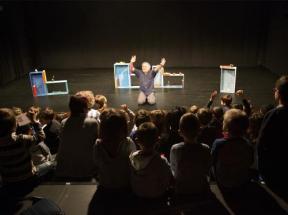 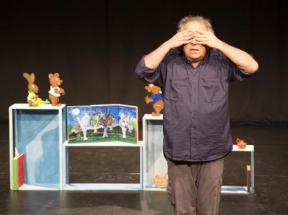 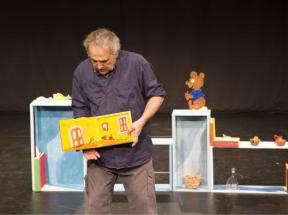 Crikecrak, a nut cracks. Crikecrak, a branch in the woods breaks…
Because this story is about nuts and woods, and once again, it begins with a cake and a birthday party. No, actually two birthday parties: Mammalorsa’s and Babbolorso’s.

«Where can we find the nuts and chestnuts for the cake?» asks Piccolalorsa.
«In the woods!». «But I am afraid to go into the woods, it’s so dark!». «We’ll go together! And don’t worry, everybody’s afraid of something...».

So, nuts and chestnuts are replaced by the true protagonist of the story: fear. The woods are frightening, darkness is frightening... each of us has their own fear.
And today, the two bears will have to face an entirely new fear: rumour has it that foreign animals have arrived from the bordering lands. The wild boars have come! Many terrible things are said about the wild boars...