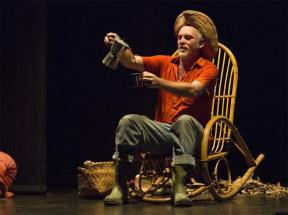 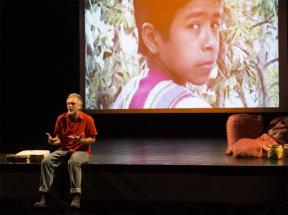 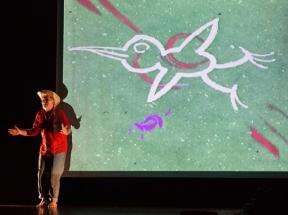 The region of Pantasma is a mountainous area of Nicaragua, between Managua and the border with Honduras: it is the poorest area, but the one with the best coffee. Here, we found the images and suggestions to create the show.
“Coffee bean” speaks to the children about other children. It tells them about workers, childhood, games and dreams: coffee beans represent something really small, delicate, important; something that wants to grow up.
Exploitation of workers in coffee plantations is a serious issue in many countries.
Although based on the Nicaraguan situation, “Coffee bean” witnesses the drama of all the countries affected by this form of exploitation, combining the themes of the show with other topics, such as fairtrade.

“Coffee bean” is a show produced in the framework of the project Ambasciatore (Ambassador), promoted by La Baracca – Testoni Ragazzi, a cultural project for bringing theatre to developing countries or countries at war. But the project also aims at producing shows that deal with the conditions – often forgotten or hushed up – of children in many countries of the world.
This show is the result of the collaboration between the Ambassador project of La Baracca – Testoni Ragazzi and the non-profit organisation GVG (Group of Civil Volunteers) on the “fair” production of coffee in Nicaragua.

First-prize winner at the 7th International Festival of Theatre for young People “City of Aosta”.