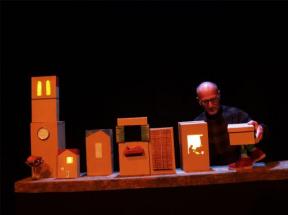 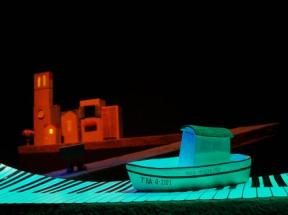 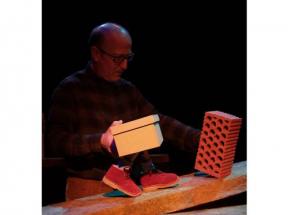 A child wears new shoes and goes to the river for a snack.

Along the way, he discovers the world that surrounds him: streets, houses, landscapes, people and animals.
His shoes accumulate experiences and he grows, little by little.
The size of our shoes follows us over the years.

The size measures the foot, but also the age, the experiences, the way we walk through life.
The days, the years and the shoe boxes go by.