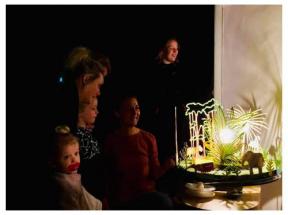 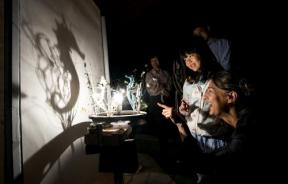 Can something come from nothing?

Gro / Grow is a visual and interactive theatre experience that celebrates the wondering and noticing of everything around us that grows and changes.

Through rich imagery, short stories and captivating soundscapes we embark on a journey into growing up, growing old, growing out of our shoes; stretching out, reaching in, going back to the roots.